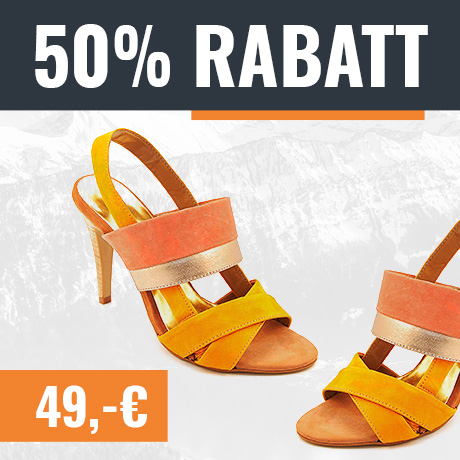 With the release of the server products Windows Server 2012 R2, System Center 2012/2012 R2 and SQL Server 2012/2014, Microsoft also changed its licensing model. Since then, Microsoft has differentiated between licensing by cores (which does not require any additional access licenses) and licensing by server license plus access licenses for these and other server software products. Their need and type - User CAL or Device CAL - is defined by the number of users or end devices that are to be authorized for access. The respective form of licensing is linked to the scope of the features and their scaling that are available with the Windows Server version in question.

Microsoft Server versions are usually available in different editions in order to meet the different needs of companies and organizations in terms of performance and scope. When purchasing the standard edition of a server software, Microsoft also offers the option of Server/CAL licensing in addition to Core licensing (exceptions are CALs for the Windows Server versions from 2016 onwards, here licensing with CALs is also available in the Datacenter edition).

This type of licensing with access-based licenses is much more favorable, especially for smaller companies that usually only use the standard/basic functions of a server version, than licensing by cores, which uses the higher computing power of machines as the basis for calculating the licensing requirement.

A CAL is a single license that grants access to the Windows-licensed server to the authorized user (User CAL) or end device (Device CAL). The access license cannot be transferred to another user or device. This means that all other devices or users who do not have a corresponding access license are denied use of the server services. This restriction means greater security for a company, as it prevents misuse of the CALs and protects critical data from both unauthorized employees and unauthorized third-party access.

With a Client Access License for a specific server version of a program, the device or user licensed with it can not only access it, but also older versions of the same program. On the other hand, it is not possible to access a higher version. Thus, for example, an employee with an access license for Windows Server 2016 can also use the functions of Server version 2012 and below, but not those of Server version 2019. For this, a corresponding additional CAL must be purchased.

The distinction between licensing by end device and by user offers various advantages. After all, not every company has the same workstations or workflows: For some projects, employees share one and the same computer, e.g. in shift work; for other workflows, a single employee regularly uses different end devices to access the server.

Thus, the distinction between CALs for end devices and for users offers an individual, flexible and needs-based rights management for server access in a company.

The decision to use either or both types of access licenses may be determined by the factors described in more detail below. As mentioned above, a combination of Device CALs and User CALs may also best meet the licensing needs of an organization.

Each User CAL for an appropriately licensed Windows Server program always authorizes only one specific user to access the server and use the associated functions. The User License is not bound to a specific end device, which means that the user is entitled to use the server features available according to the edition from different Windows-enabled devices with his CAL - but always alternately only from a single device. This User Access License cannot be transferred to another user.

A User CAL offers the advantage over the device-dependent CAL that it is not locally bound. This means that it can be used, for example, once by the stationary PC in a company to access the server, OR alternately by another end device (for example, a laptop or tablet that uses Windows as its operating system). The authorized user can also use this device on the road or in the home office, as long as he has access to the Internet. The User CAL thus enables particularly flexible and mobile use of the server services.

The Microsoft Device CAL, on the other hand, is exclusively device-related licensing. A precisely defined individual end device receives access rights for the Windows-licensed server. The type of device can be chosen freely, as long as it has the capability to run Windows functions. Thus, it can be a stationary PC OR a laptop or tablet, regardless of whether it is used at a workstation in the company or organization, or mobile. The Device CAL cannot be transferred from one end device to another.

The device access license is particularly practical if a single computer at a workstation is used by different employees, for example, on a project-related basis or in shift work. This means that not everyone who is allowed to access the server services and data via this computer needs their own access license.

Device CAL or User CAL - which is the better solution?

Which license form - Device CAL or User CAL - is the more favorable for a company depends on how the server services are predominantly used there. If most employees mainly share a workstation and access a Windows server in rotation, a Device CAL is the better alternative.

If, on the other hand, individual employees constantly access a Microsoft-licensed server, and do so alternately from different devices or locations - at the workplace in the company as well as on the road, at another location or in the home office - then the User Access License is more advantageous.

In some circumstances, therefore, it may be worth combining both types of access licenses to make the most effective use of Windows Server services in a company. Because as already mentioned, it is not allowed or possible to use a User CAL as a Device CAL, or the reverse case. Likewise, it is not possible to split a license between several servers, for example between two servers with individual processors.

If you have any questions about your need for access licenses, contact us by phone, e-mail or chat. We will be happy to advise you on which form of licensing or combination of Device CALs andUser CALs is most beneficial for your business. Wiresoft offers both Client Access licensing forms for all the following Microsoft Server programs in the current and previous versions, which are also available:

Increase your company's efficiency and productivity with CALs

By optimally equipping yourself with access licenses, you not only reduce relevant costs, but also increase productivity in your company: In addition to purchasing individual CALs, you also have the option of purchasing licenses in bundles and combining server editions, such as the Standard or Enterprise variant.

Advantages of used CALs from Wiresoft

By purchasing used Microsoft access licenses from Wiresoft, you are choosing high-quality software that costs significantly less than equivalent new CALs. The legality of using used CALs from Wiresoft is guaranteed! AllMicrosoft licenses available from us originate from European companies, are original Microsoft products and offer the full range of functions. They therefore also entitle you to downgrade if you use previous versions of the respective software in your company.

With CALs from licensing experts Wiresoft, you benefit from all the advantages of secure and legal software products, because Wiresoft is a certified reseller and has set itself the goal of meeting the highest standards of quality assurance. In addition to access licenses for Windows Server, we also offer CALs for SQL Server for  data management and information analysis in business intelligence. CALs are also available for Windows Exchange Server, as well as for Remote Desktop Services - the state-of-the-art software for secure communication of remote users and connections to desktops based on virtual computers. You will also find a wide range of other Microsoft software products in different versions and editions - used quality software at reasonable prices.

Benefit from comprehensive professional and personal advice from Wiresoft.